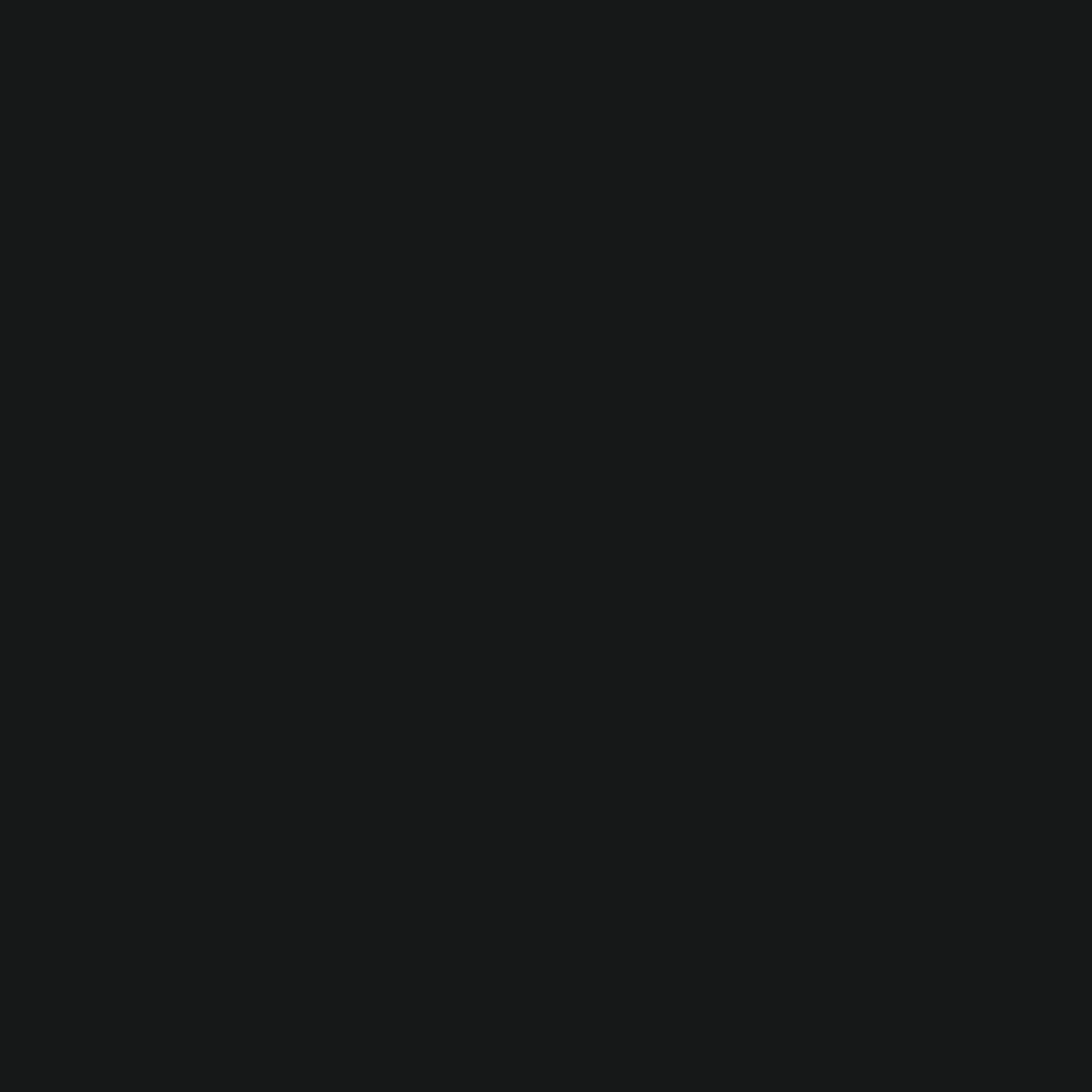 In the beginning, a group of strangers became friends, hoping to shake up the film world with a strong storytelling community. We wanted to take filmmaking into the future and bring everyone.

We're at an exciting place in history, and nowhere is that more evident than in the arts. Using the community-focused advent of DAOs, FilmmakerDAO is set to build a unique space for film and web3 for the new era. And that starts with community, first and foremost.

Instead of gatekeeping, you'll find trust. Instead of old ideas, you'll find a passionate group of like-minded cinephiles, eager to create something together.

We aim to dive into this space with an eagerness to be heard and to make space for creativity. We've all been struggling to find our people, so we thought we'd make a place for them instead.

"Poetry, beauty, romance, love, these are what we stay alive for." -John Keating, Dead Poets Society

🎥 FilmmakerDAO is the DAO for filmmakers and film enthusiasts

We believe filmmakers should have more ownership of their careers, and more sovereignty over the IP they create.

We recognize that the current landscape of distribution options does not provide commensurate upside for the storytellers and artists whose work populates these platforms.

We seek to become a diverse and open community from a broad spectrum of backgrounds and specialties unified and aligned in the vision to build more equitable distribution strategies for the filmmaking industry.

The storytelling/film industry is still facing a cold start problem and "𝘸𝘩𝘰 𝘺𝘰𝘶 𝘬𝘯𝘰𝘸" is an outdated model for our generation:

(more about the problem storytelling is facing: bt3gl’s talk at LisCon 2021)

In the 90s, web1 was about open protocols that were decentralized and community-governed. We had static websites, low bandwidth, and limited hardware. Most of the value accrued to builders+users.

In the 2020s, web2 was about centralized services run by a handful of corporations. Social networking, AI/ML, SaaS, and the gig economy take place.

The web3 era is now starting, combining the community-governed and fractionalization character from web1 with the modern functionalities of web2 through cyrptonetworks (blockchains).

Cryptonetworks are state machines that are instantiated with a genesis state and have very strict rules (consensus) that define how that state can transit. No single entity controls this decentralized state machine — it is collectively maintained by everyone in the network.

Our generation is creating an entirely new digital universe. Ownership and governance are becoming decentralized by design, and control is being shifted to communities. Builders+users own pieces of services with digital tokens, both non-fungible and fungible. Tokens provide property rights, governance, and ownership. We now own our own destiny.

🚀 Why blockchain technology is game-changer

Billions of images, videos, songs, and status updates are uploaded to centralized platforms every day. In the traditional client-server architecture, servers are closed systems owned by a particular company.

The internet (i.e., the cloud) is a collection of these closed systems interacting. The traditional client-server model delivers great scalability and faster iteration, but it relies on a monopolistic behavior with centralized control and single points of failure.

Web3 architecture is decentralized by design: blockchains are peer-to-peer networks. Blockchain trade technical scalability for social scalability. In this new paradigm, validators are incentivized to keep the network impartial. There is no single point of failure, and each client node owns its data.

In the Ethereum network, money is represented by the ERC20 standard. They are blockchain-based primitives that can hold value and be sent and received. They are simply computer code (smart contracts) living on these global peer-to-peer networks. Smart contracts determine the token's total supply, how the supply is circulated, the issuance schedule, among other properties.

Fungible tokens can be used for several functions: crowdfunding, voting rights, representation of physical objects, among others.

For instance, equity tokens are fungible tokens that represent ownership in an asset or a pool of assets. These tokens are used to incentivize participants to provide a scarce resource to a network. On the other hand, governance tokens represent percentage ownership over voting rights.

In the web2 model, when data is uploaded to a company's centralized platform, it's kept in its backend. The ownership is transferred to the company. Web2 platforms monetize on the content and maintain most of the value. Purchasing a film from a web2 centralized platform does not grant ownership.

NFTs or non-fungible tokens are also files that live on a blockchain and they are suitable for collectibles, rewards, and digital ownership. They can be designed to enable artists to monetize and own the value of their work, and receive royalties that are baked into the metadata.

An NFT can represent any kind of digital item, whether it's an image, a video, a document, an IRL event. Rather than a content license, the content itself is purchased.

📇 A theoretical idea for community-owned storytelling

What if we can build a process that allows the community to outsource, select, and produce better stories?

Here is an idea.

An infrastructure on the blockchain that would allow some sort of film-production-native governance with:

All net revenue would return to the community’s treasury (and token holders), funding future (and even better) productions!

Is it too absurd to consider that someday producing movies could be this translucent?

Think of a beautiful garden- it's a beautiful sanctuary, brimming with flowers and trees, in a small town and beloved by everyone. People pour their hearts and souls into tending to the garden, proud of their work and collaboration. They start to think of sharing it with the world, because it tells the story of their town and all they've been through. Only the town realizes it costs too much money to drive out of towners to the garden, house them, monitor the lights and sway of people. Too much money to go around telling people about it, getting the appropriate licenses. Even with the right license, there are so many other sites people want to go that the people start to give up. They start to think tourism is so saturated, no one will care about their lovely little garden. It's a lovely garden and everyone believes in its story, but in the end, they can't find a way to pull everything together. What do they do? How do they come together to share their story?

That is what FilmmakerDAO is all about.

Helping filmmakers share their gardens. Time has moved very fast, but over the course of a few months, we've documented our ethos, goals, and mission and welcomed in a ton of new community members.

The first production by a decentralized collective is here!

We are happy to announce that we will be starting the pre-production of series Humans of Web 3 in 2022! One of the goal of this project is to reveal the human side of web3 and inspire the next wave of talent.

We are very fortunate to have secured some of the filmmaking industry’s most talented people to help us deliver this project:

Former Head of Production at Amazon Studios and Tim Burton Productions and Executive Producer at Park Pictures, Mary Ann Marino has been involved in some of the most imaginative and memorable films (Manchester By The Sea, James, and the Giant Peach, My Own Private Idaho) and among the most award-winning advertising campaigns in recent history (VW’s The Force, Apple’s Misunderstood).

In the past decade, her work has won Oscars, Emmys, and Cannes Lions. Skilled at balancing unique creative visions and commercial appetites, Mary Ann has over 25 years of experience in entertainment.

She’s currently developing The Caretaker, written by Andres Heinz, for Studiocanal, and in post-production on Oorlagh George’s  Sundance-Lab supported feature, Stranger With A Camera.

Other notable projects include an adaptation of Gregory Maguire’s novel Wicked for Amazon Studios and co-creating Annapurna Films’ first television project, The Players, for Epix. Alex was also a writer/producer on Showtime’s The L Word and HBO’s Hung, and directed the musical feature Girltrash: All Night Long. Alex co-founded The Latinx House, which launched at Sundance 2020, and co-founded Poderistas, a Latina lifestyle platform, with America Ferrara and Eva Longoria.

Early in her career, Alex’s short film Ice Fishing won a jury prize at the Sundance Film Festival, and she worked as a cinematographer for documentaries and TV shows on the BBC, Bravo, VH-1, TLC, Discovery, A&E, and National Geographic.

Mary Ann and Alex will also be joining the FilmmakerDAO as industry advisors.

$REEL is FilmmakerDAO’s illiquid governance and rewarding token, deployed on Ethereum and bridged on Polygon. It has a fixed supply of 1 million tokens sitting in our treasury at TheFilmmakerDAO.eth.

Because $REEL is not designed to have an intrinsic financial value, our community should feel more confident to onboard with it. This allows us to outshine and introduce new standards to this new paradigm that DAOs are introducing.

🎨 Storytelling Card and membership for season 0

We have launched the first Generative Storytelling NFT collection: 1999 randomized storytelling cards created and stored on the Ethereum blockchain.

The Storytelling Card collection is the FilmmakerDAO NFT series for season 0. It was written by one of our core members, bt3gl, and all proceeds will be donated to our treasury, a Gnosis multi-sig wallet.

The Storyteller Card acts as membership access to FilmmakerDAO community. Additionally, all cardholders will be airdropped 10% of $REEL (50 tokens). The airdrop starts at the beginning of Season 1 (March, 2022) and will be vested (10 $REEL/month for 5 months).

But governance is not all!

Holding a Storyteller Card allows attendance to any DAO-organized events such as private screenings, set visits productions, Q&A with top industry professionals, and social mixers, and... some surprises (like this one 😉)!

For season 0, we are focused on:

Because we are a DAO, we kicked off our season 0 with a Snapshot Formation Proposal. Go vote!

We are now divided into 5 pods, each with at least one leader from the community and a reserved budget:

Our core team is:

We have developed relationships with key film industry advisors. These folks will provide ongoing support, feedback, and direction to the DAO as needed.

Some of our advisors are Mary Ann Marino, Alex Kondracke, Angela Robinson, and Katy Drake Bettner.

🎟️ What to expect from our newsletter

At L0GLINE you can check out community events, film discussions, web3 learnings, and updates from our DAO. Future editions will include:

This is the next steps for you:

Edit (Feb, 14th 2022): Today, our project was unfortunately dissolved 😓. Midsummer was founded by @bt3gl and @chadhugghins back in September. Later, in October, @TheRealIanQ and @damienstolarz joined as co-founders. In December, we added a few more folks from the community to compose what would be our core team.

The reality is that everyone held another full-time job, and nobody was really able to dedicate time to the project. @bt3gl left her position as the Head of Blockchain of Shopify in November to go full-time on this project, but she got sick by the end of December and had to be away for a few weeks. The core team couldn’t move much forward work or agree with the roadmap, priorities, directions. It was pretty clear that the project did not have enough (wo)manpower to go on.

More details about the dissolution are available in this tweet and the Discord channel.